You Should Drink More 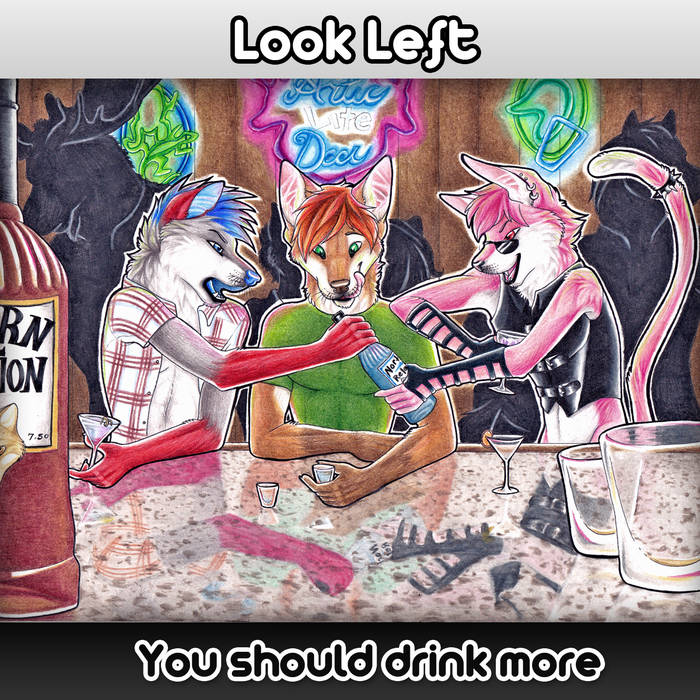 Joahns Delakore And "I Gave You All of Me", and "Dos Besos", and "Losing Battle", and... well pretty much all but "$7.50" and "Kyrie". If my playlist isn't classical, if has this album on it. Favorite track: The Color Red.

Look Left's second album. This was recorded over the summer of 2010. Work started immediately after The College Years was released. The group's songwriting improved, everyone got better instruments, and they all pretended that they knew what they were doing. More genres were explored, no lessons were learned, no one went on a diet, and Derek tried to dye his hair.

This album was recorded in the bedroom of Jared Clark over the summer of 2010.
It was produced, recorded, engineered and mixed by Jared Clark and the members of Look Left.
This is Look Left's second album and we're very proud of it. If you think it's as good as we do, tell a friend. Together we'll bring back music.

All music and lyrics by Jared Clark, with the following exceptions.