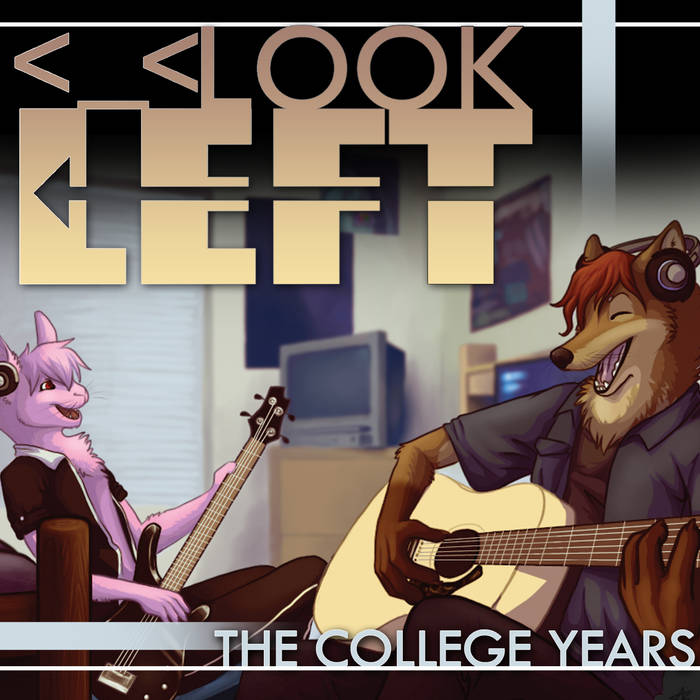 farjacko Came for the furry, stayed for the great tunes. Favorite track: Jambalaya.

Joahns Delakore Reminds me of , well, many things, including my Cherokee heritage. Favorite track: The 4th Step.

The College Years is the first album by Look Left. Originally released in July of 2010, after a few months locked in a public college dorm room, Jared Clark, Derek Wilber, and Andrew Cotts crawled from the hot, stinking, sweaty cube clutching a hard drive. This is what that hard drive contained. It's pretty cool.

ALSO! Buying this album digitally gives you free bonus extras. An exclusive WIP sketch of the cover art and a free AMATEUR music video. That's right, it was shot on a flip cam and it's for a song you'll never expect.

This album was recorded in the bed room and dorm rooms of Jared Clark and Derek Wilber.
It was produced, engineered, and mixed by Jared and the members of Look Left.

Music and lyrics written by Jared Clark with the following exceptions
Bass on 1, 9, 10, and 11 by Derek Wilber
Guitar on 4 by Andrew Cotts
Lyrics on 2 by Joseph Angel
Lyrics on 10 and guitar performed on 3 by Matt Royek
All instruments on 6 performed by Thom Vail